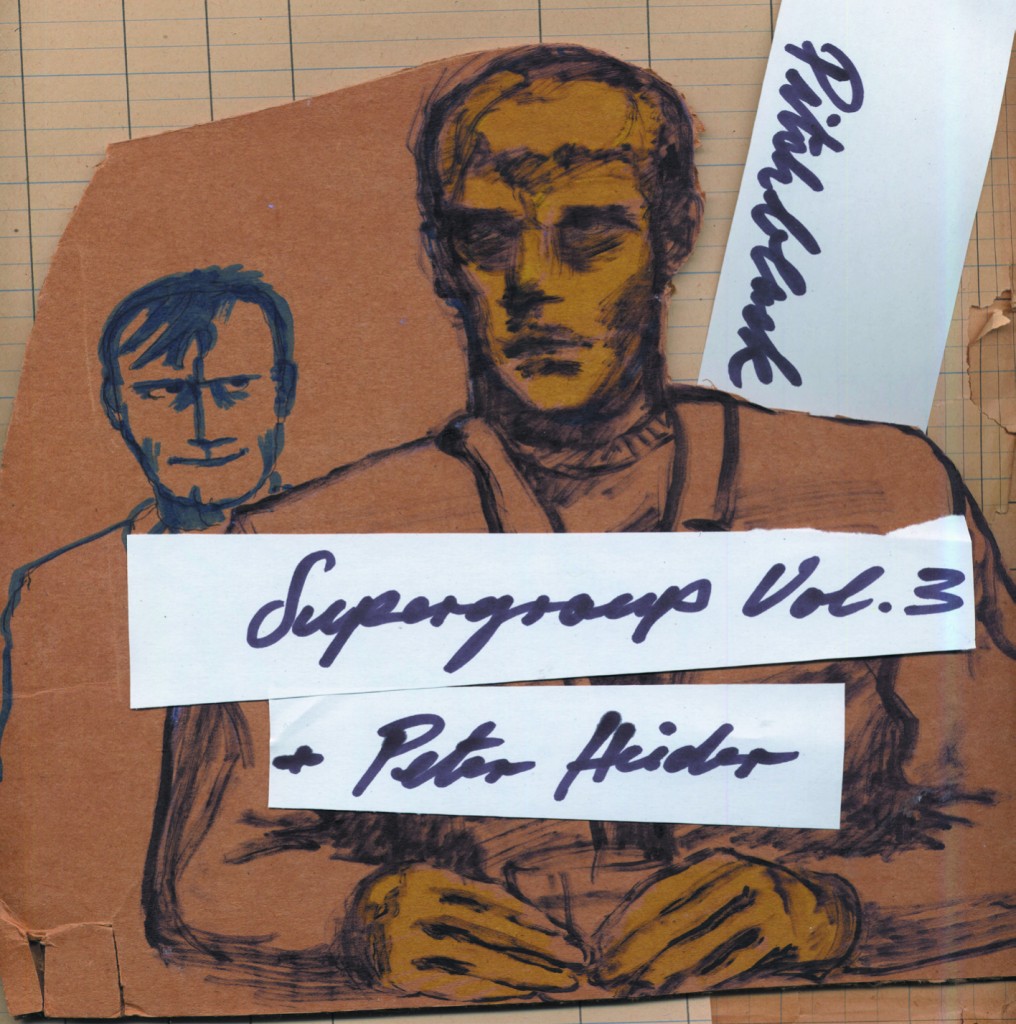 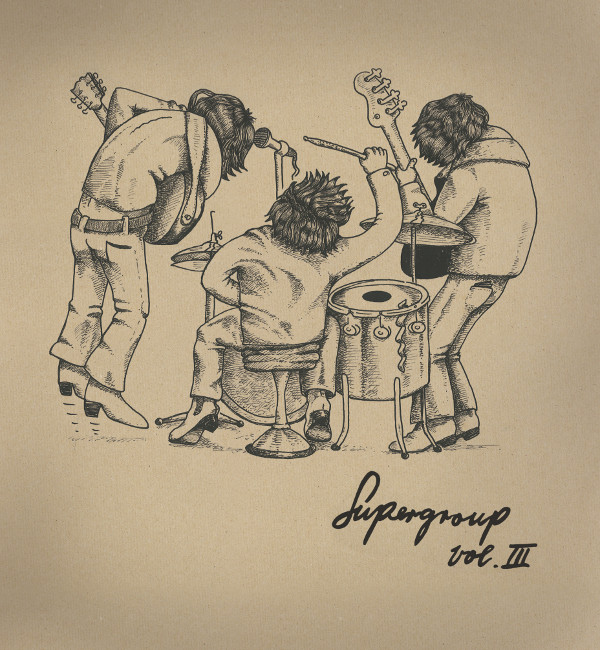 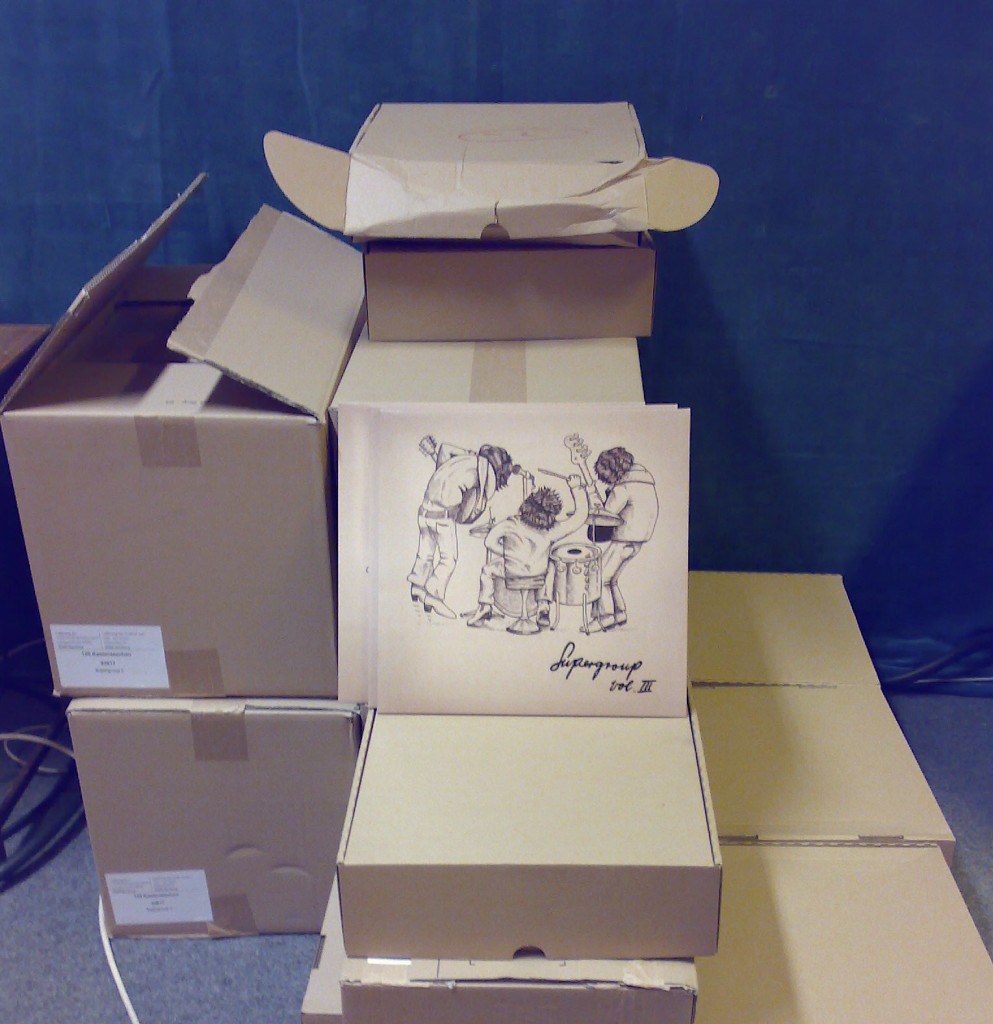 Humbleness is a virtue, but one gets further without it.

Unlike the common understatement of most bands from around here, Alex, Hubertus and Zattl have called their act SUPERGROUP years ago.

This groundless, serious boasting isnʼt what it looks like in the first place.
The band name is of course nothing else than sarcasm. With a wrong core:
All band members are dinosaurs of the southern German alternative rock scene
and have served rather unsuccessfully in popular bands like “Throw That Beat In The Garbage Can”, “The B-Shops”, „Lotus 7“, “When Skipjack Tripped” and the “Pickles”

Meanwhile the trio has recorded their third album plainly titled “Supergroup Vol. 3”, the orderly and seamless line-up to its predecessors “Supergroup Vol.1” and “Supergroup Vol. 2”. Guitar music that, if not from our parts of the world, might as well not stem from the American west coast either. A dubious concept album, free, calm but with a rather sober flow of melody-like rock and breathtaking arrangements.

With shady reasons:
Simply letting go, have sessions, play loud, talk quietly, groovy relaxed, independent, music for the sake of music, being allowed to feel good is how the three piece describes the making of their latest album.

The album cover might remind one or the other of some low budget Krautrock- production from the early 70ʼs: no ill feeling or in other words, respect!
It somehow relates to Supergroups history.
Sticking to the habit, the first two issues were recorded with guest-musicians, only one member of Supergroups last release, a friend named “Rank” was involved this time, playing acoustic guitar and blues harp each on two separate tracks. The rest is pure Supergroup.

By the way, thereʼs probably not going to be any live shows:
“We are studio animals who loathe sessions and sound fiddling”
reveal the boys who are in the third decade of running their small label “Micropal-records” , where Supergroup have to be released, to the ground.
“For gigs weʼd have to rehearse” says bass player and recordist Hubi, with a wink.

And also:
Other than the first two albums, which are only available in vile silver with a plastic tray, vol. 3 will be exclusively released in rancid, old vinyl
(not to mention the included crispy fresh download codes).
Of course only to be immortalized by the LP-Collectors books with a single digit price tag providing we, the euro, vinyl, and most of all, collectors still exist.

Dust down your record players, pull out these crunchy crackling discs from their Cardboard-covers. Listen and wonder what unique universe of sound Supergroup Vol. 3 actually is.